What is Live Video Streaming? 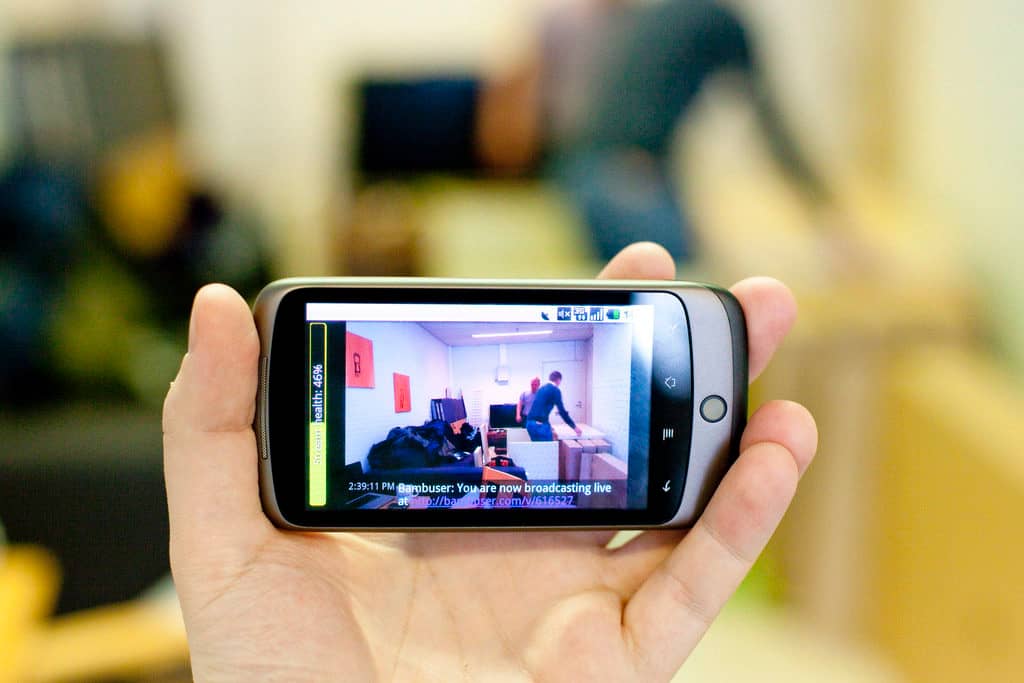 So What is Live Video Streaming?

First things first; what is video streaming? And how is this anything new?

In truth, video streaming of one kind or another has been around for a long time now. Of course we stream videos when we watch Netflix and video conferencing tools like Skype and Google Hangouts also allow certain types of streaming.

But what’s got everyone so excited right now is the advent of three new apps that are just brimming with potential. These are Periscope, Meerkat and Blab.

While these apps have their differences, they essentially all perform the same basic function and offer the same appeal. Using one of these apps, anyone can now start recording footage from their phone for people to tune into anywhere around the world and watch live.

When you load up any of the apps, you’ll immediately grasp the concept. You’ll be presented with a huge number of different streams to watch from users all around the world and when you select one you’ll be shown a live feed from their camera. This unlocks a world of completely unique content, from vloggers talking about things that matter to them and offering information and tips, to people walking down the road on their way to buy coffee. Meerkat describe it as the ‘closest thing to teleportation’ and it certainly does feel very much as though you’re able to see the world through the eyes of strangers.

On top of watching the feeds though, you’re also able to comment on them, ask questions, like your favorites, follow the top content creators and in the case of Blab even to join in with discussions and be featured in the videos yourself. 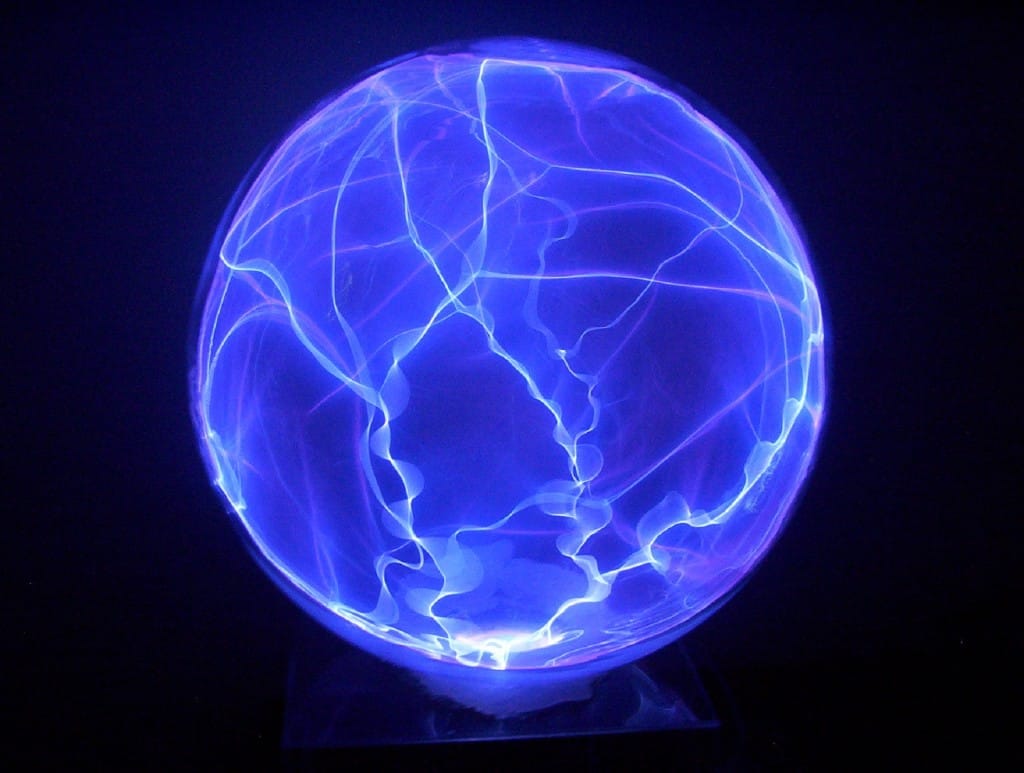 Live video streaming is quickly becoming one of the next ‘big things’ in internet marketing. This is a platform that really gives consumers the ability to watch live feeds from people all around the world, effectively becoming a ‘fly on the wall’ or seeing the world through their eyes. The potential uses are almost limitless and because of that it is creating a lot of excitement and buzz.

This is the real appeal of live video streaming and so the quality of the content doesn’t really matter. A lot of the footage is going to be filmed on mobile phones, which means it will be low resolution and the filming will probably be shaky.

Most live video streams will be filmed through a camera phone, or in the case of Blab, a webcam. Because of this, most videos are likely to be relatively low-quality, and this is made even worse by the fact that the majority of the phone footage will probably be done using the front-facing camera.

So the first thing you can do to make your resolution a little more crisp is to consider investing in a better camera phone with a higher resolution front facing camera. And don’t forget to also look at the temporal resolution – AKA the framerate. This is more often an issue with webcams.

You also need to think about your audio. This will be partly determined by your camera but you also need to consider your recording environment (how are the acoustics?) and how close you’re sitting to the microphone.

Environment affects your sound and also your visual appeal i.e. you will also need to think about the backdrop of your videos. Ideally, you will want to create a professional feel to your video, so that means you should have a clean and tidy professional backdrop i.e. don’t film in your front room with washing piled up in the background!

You will also need to think about the lighting. The best way to ensure even lighting is to have separate light sources on your left or right side to create what’s known as ‘Rembrandt’ lighting.

Getting Started With Live Video Streaming

If you’re a complete newcomer to the world of live video streaming and you’ve never streamed a video before, then you may be nervous going in front of a camera. This is a natural fear as you’re going to be exposing your true self live on the feed and the whole process is different to any other form of marketing. Where do you start? Hopefully this article will get you set up and hopefully give you the confidence to begin making lots more videos.

The first thing you need to do is to set up your account on one of the 3 major streaming platforms; Periscope, Meerkat or Blab. The simplest way to do this is to install the app. Periscope, Meerkat and Blab each have apps on iPhone and Periscope and Meerkat also have Android equivalents. If you’re looking to use Blab and you don’t have an iOS device, then you will need to access it on your PC/Mac and point your browser to https://blab.im/

After you have created your account, the set-up process is similar for each of these platforms; decide whether you want to sign in using your Twitter account or a phone number and then enter a username and password if you chose the latter.

Now you can choose whether you want to start following your existing Twitter contacts, or, in Meerkat’s case, your Facebook contacts.

So how do you begin streaming?

To start streaming is quite straightforward; the app will have a button that says ‘Start Streaming.’

Give some thought when creating a title for your stream and with Blab choose relevant tags that will define what category of content you’re creating. These are important features as they are what will dictate whether or not people can find your live stream and whether they decide to check out your footage.

Don’t worry if you find it a daunting prospect when first turning on your camera and letting anyone watch. If you are REALLY nervous why not start with a very small test – just point your camera at something and film. As these are relatively new platforms you’ll probably find that this alone is enough to land you a few new followers and this in turn should give you the confidence you need to set up something a little more ambitious in the future.

It really is that simple and straightforward to start live streaming and while there are many more options and things you can learn, this is more than enough to get you started! And who knows, the camera may love you, and you love it!

Being able to write persuasive copy for a landing page is one of the most important skills you can develop as a digital marketer. And this applies whether you’re planning on selling a digital information product, or you plan to become an affiliate marketer.

The whole purpose of the copy on this page is to demonstrate why your product is good value and the key features that should make your potential buyers excited. You want to take them from being unaware of your product to becoming paying customers; this is commonly known as ‘converting’. It’s probably the single biggest factor that will have a direct influence on your number of sales and therefore your revenue, turnover and profit.

What is the key to writing copy that converts?

Taking a prospect who has never have heard of your product and persuading them to buy it is a key part of most sales copy. There is a structure that many copywriters follow and this is called AIDA which stands for ‘Awareness, Interest, Desire, Action’. This sequence acknowledges that people don’t know anything about the product at first but that they will eventually end up happy to buy it.
The big question is; how do you move them through these steps? The first challenge is actually getting noticed in the first place! After all, most people on the web are there because they’re doing something important. Most people nowadays are in a constant rush, have work to do and certainly don’t want to spend their valuable time reading sales pitches that just want their cash. As a writer, your job is to change their mind and to make them actually want to keep reading.

One way to do this is to use a narrative structure i.e. tell a story about your product or service that will encourage them to keep reading. If you have a personal story that resonates with your audience you can include this too. This works well because we are naturally inclined to want to read stories and we find it very hard to end a story early. Stories are highly relatable and always interesting.

You will also need to focus on your value proposition. A value proposition is a key selling point of your product and beyond that, it is what your product does for someone and how it changes their lives. Does your product help people by making them richer? Does it improve their physical shape so that they’re stronger, healthier and happier? You also need a Unique Selling Proposition (USP) which will demonstrate why your product is different to the others and why it will work for them. Focus on the ‘dream’ that will sell your product in your pitch.

When it comes to succeeding as an online marketer most people will make the same mistake. And what is that mistake? Their ambition!

Unfortunately, being too ambitious is a very common downfall for new many online marketers as they basically bite off more than they can chew and this causes them to give up too easily.

Instead of aiming to become rich or change the world right from the start,  be more sensible and start off small. Aim to accomplish a small goal first and then build on each success to eventually reach your ultimate goal. There is nothing wrong with dreaming big but you need to be realistic in your expectations in the very beginning.

SmartPassiveIncome.com is a blog owned by internet marketer Pat Flynn where he shares his methods to make money. One of his most successful recent ventures was a website aimed at food trucks. This is a very small niche and the benefit here is that the small size of the niche made it easy for him to find highly effective marketing techniques (ways to communicate with the target demographic).

If you compare this with creating a website in a huge niche such as fitness,  you can imagine how much easier it is to get noticed and to reach the right audience when the niche is small.

Pat monetised his website by selling an eBook aimed at those food trucks that would help them make more money and apply smart business skills.

THIS is a perfect business model for new online marketers to start with. You need to decide on an appropriate niche (sticking with a career is a popular choice) and you may decide that you’d rather sell an affiliate item. This general model simple to set up and a good place to start for the inexperienced marketer.

Why does it work?

So what’s so good about this business model? Well, choosing a small “micro”niche to operate in means that it will be MUCH easier for you to get noticed by your potential prospects. If you decide to use PPC (Pay Per Click – a form of paid advertising) your advertising costs will be lower in this niche compared to what you would pay for a larger niche and subsequent keywords such as  a bodybuilding or dating related keyword.

This will also help you to come up with a very clear value proposition and offering. Ideally, your product should set out to solve ONE specific problem for a very specific group of people. This makes it much easier to market and  promote such a product to the people most likely to buy it.