Is Your Self Doubt Due To Your Previous Failures?

Is Your Self Doubt Due To Your Previous Failures? 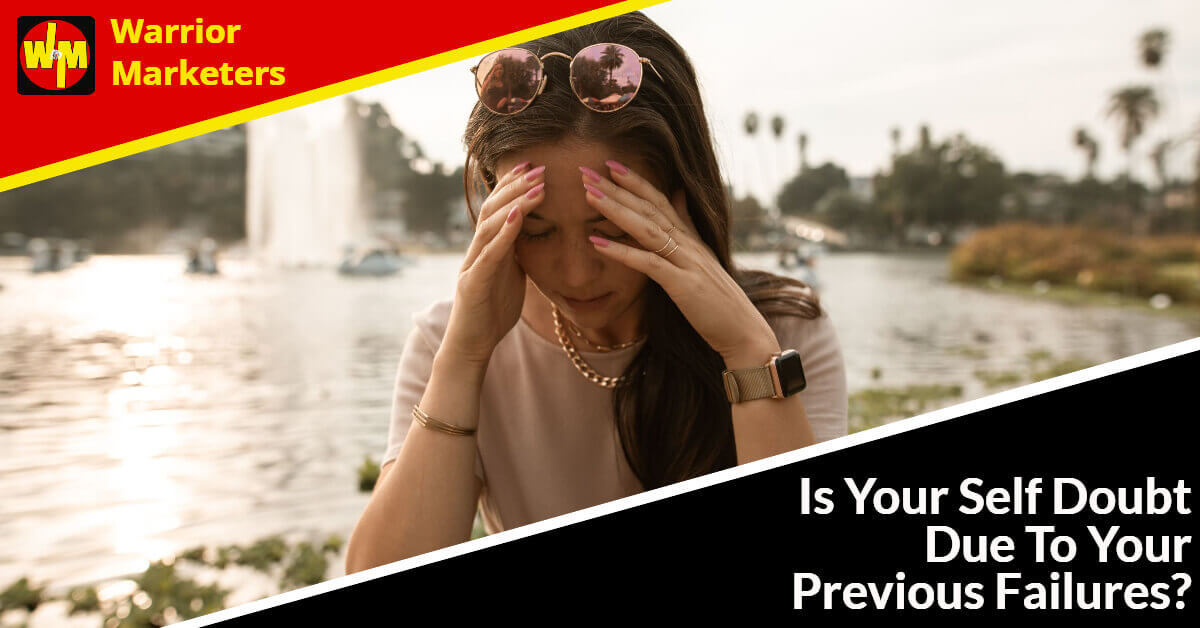 How many times do you think Thomas Edison failed in his attempt to bring light into our lives by inventing the lightbulb? Likely, he failed more times than we can count. Imagine how he felt when he worked so hard (during daylight hours or by candlelight) to find something that worked, came so close each time – and then failed with each attempt.

Then, finally it happened. One path Edison took led to the invention of the lightbulb and all other attempts were forgotten. We’ve been bathed in iridescence ever since. Edison and other successful entrepreneurs have all suffered from self doubt but trudged on through the lack of confidence to make their dream a reality.

Think about the times in the past (even as a child) that you’ve persevered through disabling doubts that you could do something, only to find out that it wasn’t within your grasp even though you gave it your all.

Either you shrugged and went on to something else or withered away in self-pity that prevented you from possible future successes. Virtually every successful person in the world has failed many times before.

It’s doubtful those failures are even remembered because the success is so bright that they aren’t visible. Online entrepreneurs are highly susceptible to self doubt. There’s so much to learn and so many ways to go about each venture that it may seem overwhelming – especially to newbies.

Rather than wasting time stewing over each failure and making yourself miserable, make a firm decision to move on – and then do it. Begin on the new project immediately by setting short and long-term goals and really dig deep into how you’re going to ensure it’s a big success.

Each success will spur you on to the next project – and the next, until you have some firm accomplishments under your belt. Next time a failure happens, you can focus on the successes you’ve had to break the cycle of self-doubt and begin again.

Before you begin a project or new venture, think about all of the possible scenarios that can happen. Make sure you include the worst-case scenarios along with the rewards that will happen when you succeed.

Use Every Failure As An Opportunity To Learn And Grow 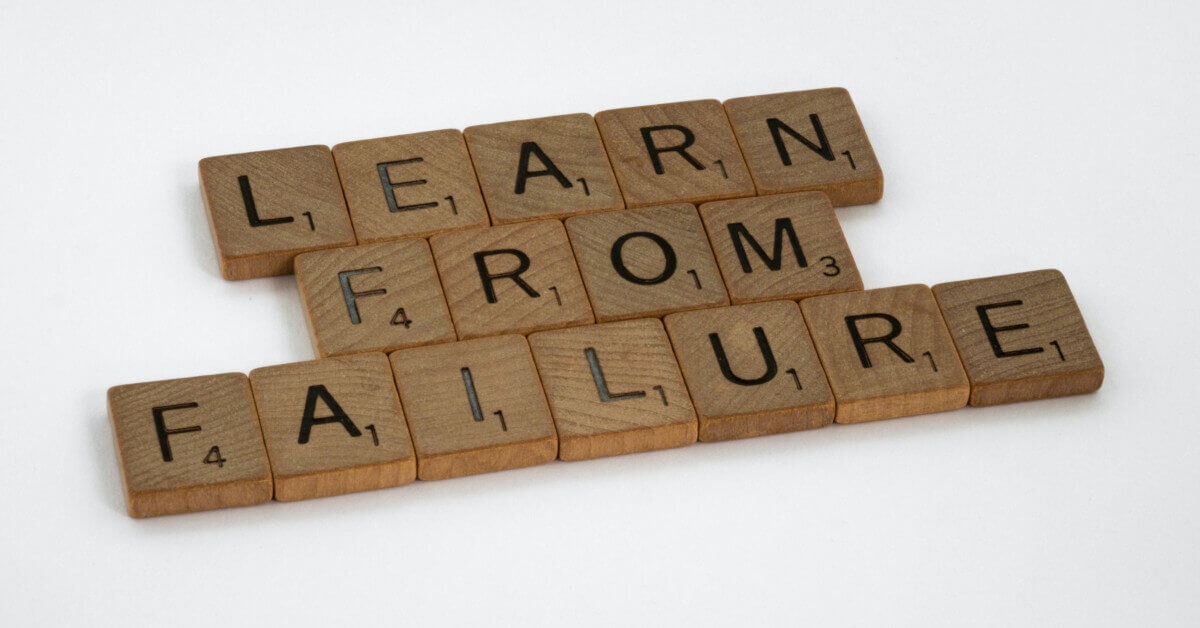 Most of us don’t think of failures as opportunities – but successful entrepreneurs know the secret to turning the knowledge learned in a failure into opportunities for growth and success.

Kids learn about winners and losers at an early age and may be taunted when playing sports or about the dismal results of a test. Some take the “loser” label and define their future self worth with it and are reluctant to take risks, while others become more determined to show everyone that they can win.

We hate the way failure makes us feel, but when we realize it’s not the end of the road and we have time to come back as a success, failure can actually be a learning experience.

What you learn from failure is invaluable to your future success. A close analysis of what went wrong with the failed idea or venture can help you make sense of the situation and learn lessons that will make you a true winner.

You may have to dig deep to find the reasons for a failure. Did you devote enough time to the project and were you prepared for the results? Could the failure be one that’s out of your control or could you have changed something along the way to strengthen the outcome?

Every failure can be turned into a unique opportunity to grow and learn – and every success might be detrimental to future successes. It’s a contradiction that’s difficult to understand unless you’ve experienced both the opportunities in failure and the dangers in success.

Being honest with yourself is the first step in turning failures into opportunities and learning experiences. Blaming failure on others or making excuses can only serve to dig you further into a state of denial.

When that happens, you don’t learn anything. If you don’t use your failures to find flaws in your thinking or how you managed a product or venture you’re likely doomed to failure.

Learning from past mistakes is a trait that every successful person on this planet has profited from. Remember, that every failure you experience shows that you tried. If you never fail at anything, chances are you’re not trying hard enough to succeed.

While none of us seek to fail, the process of life and how it works condemns us to some failures along the way. Your success will come when you seek to learn how you failed and figure out what you’re going to do next time to ensure success.

Trying To Predict Success Sets You Up For Failure 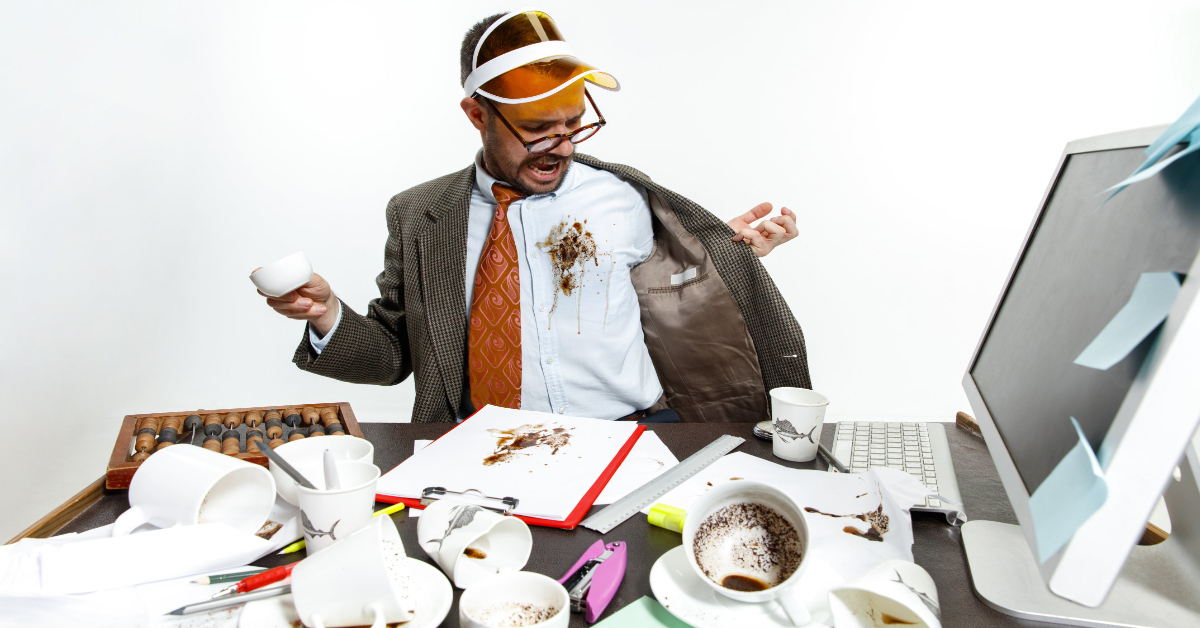 Some of us tend to doubt ourselves right out of future success with “what if” predictions we make. It could be named the “what if” syndrome. It’s when you’re mired in self doubt so much that you begin to imagine and predict obstacles and outcomes that aren’t even there.

The “what if” syndrome is especially prevalent after you’ve hatched up a brilliant idea for an online project that’s going to make you lots of money and help your fellow entrepreneurs.

You’re sure everyone will love it and want it. Then, self-doubt sets in and you begin to think of all of the reasons why it won’t succeed. You walk on the shadowy side of your ability to make things happen and talk yourself down or out of even trying.

You were so excited about the idea at first and it fired up your creativity to a point where you could hardly wait to begin. That lull – somewhere between the excitement of the idea and taking action to make it happen – is where self doubt takes root.

You may begin to think of past failures and how they made you feel or become highly sensitive to the fact that you’ve never endeavored something like this before. If you keep thinking about past failures or what “might” happen, you may come to a point in the project where a big wall is placed in your path.

Since your self-doubt has already been growing in your thoughts, the wall may seem insurmountable, and you simply give up. Just another failure to think about next time you have an idea.

Or – you can take another route – one that doesn’t ensure success, but that at least gives you a chance. Rather than giving in to self doubt, trust yourself and try it again. You’ve likely practiced this scenario many times before in your life.

Some attempts may have failed, but you’ve probably succeeded many more times. Bring a new attitude into the mix and think positively rather than giving in to the hauntings of past failures. Also, bring in positive people to surround you who encourage, rather than discourage you.

Don’t compare yourself to others whose successes may be greater or more profitable than yours. You may even learn from their stories of success. They’re bound to have had failures along the way – and overcame them rather than feeling defeated.

When you find yourself become mired in self doubt about your future success, mute the negative voices by focusing on the positive and living in the present moment rather than projecting yourself into a future of unknowns.

Whatever you want in life will require discipline to achieve and being able to reframe failure is a small part of that. And if you want to know more about harnessing the power of self-discipline, then check out the featured resource below for a free detailed report; download, read it and take action 🙂

Yes! Send Me My Free Report!

This post looks great and I am loving the content. I'd like to get a FREE copy of the Power Of Self Discipline report that accompanies this post sent to my favorite inbox so I can save and read it later

Just enter your name and email below to get instant access!

We hate spam too and will never spam your email address